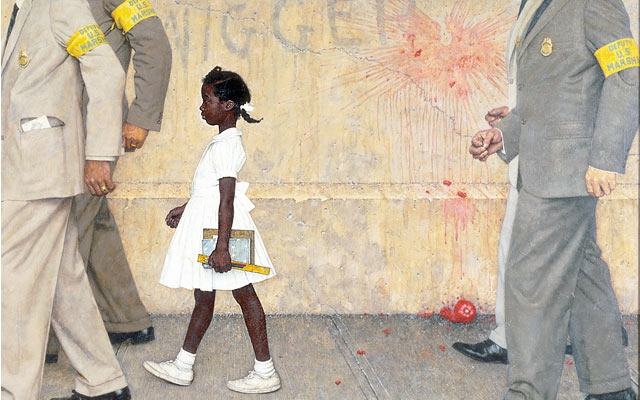 On this day we celebrate the anniversary of the unanimous decision handed down from the Supreme Court in the landmark case Brown vs. the Board of Education in 1954.  I’ll skip my normal yapping and get straight to the verdict.

“Segregation of white and colored children in public schools has a detrimental effect upon the colored children. The impact is greater when it has the sanction of the law, for the policy of separating the races is usually interpreted as denoting the inferiority of the negro group. A sense of inferiority affects the motivation of a child to learn. Segregation with the sanction of law, therefore, has a tendency to [retard] the educational and mental development of negro children and to deprive them of some of the benefits they would receive in a racial[ly] integrated school system.” …

“We conclude that, in the field of public education, the doctrine of “separate but equal” has no place. Separate educational facilities are inherently unequal. Therefore, we hold that the plaintiffs and others similarly situated for whom the actions have been brought are, by reason of the segregation complained of, deprived of the equal protection of the laws guaranteed by the Fourteenth Amendment.”

This oil painting by Norman Rockwell was painted in 1964 for  the centerfold of Look magazine.  It shows Ruby Bridges, a six-year-old girl, with her four white US Marshall escorts on her first day of school.  Many people don’t realize this painting isn’t just a general representation.  It’s of a specific, very brave little girl.

I’d like to note that I didn’t crop this painting.  Rockwell intentionally did not paint the faces of the her white male escorts.  The focal point of this painting is little Ruby, directly under the racial slur.  I think the yellow armbands of the US Marshalls are so striking, but Ruby’s expression is the most striking of all.

Although there were a lot of terrible people and awful consequences for the brave students and parents that sent their children to integrated schools, they paved the way for change.  There are also a lot of great stories of people who stood against the mobs and made a difference.  Ruby’s teacher, Barbara Henry, was the only person that didn’t refuse to teach her.  For more than a year she taught Ruby’s class of one.

Former United States Deputy Marshal Charles Burks later recalled of Ruby, “She showed a lot of courage. She never cried. She didn’t whimper. She just marched along like a little soldier, and we’re all very, very proud of her.”  Thank you, Ruby, for being brave for the generations that would come after you. 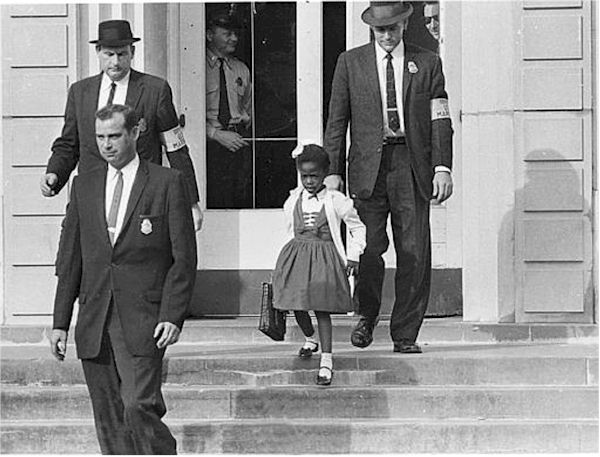 This is a photo of Ruby and her Marshalls leaving school.  It was taken by an uncredited DOJ photographer.

One thought on “The Problem We All Live With”